Plural Vote - Biden is outperforming 2016 in the Sun Belt by 9.6 points as he takes the lead in Texas and Georgia

Biden is outperforming 2016 in the Sun Belt by 9.6 points as he takes the lead in Texas and Georgia
Compared to 2012, the trend towards the Democrats in the Sun Belt is even more staggering — 10.6 points more for Vice President Biden than President Obama.
Posted under 2020 ELECTION
Published 8 months ago
4
Minutes
Comments

In recent years, Democratic strategists have increasingly shifted their attention to a “Sun Belt strategy” and a movement away from a myopic focus on the Midwestern “Blue Wall” or “Rust Belt”. For instance, a Politico article on the 2020 Senate elections quoted the North Carolina Democratic Party chairman Wayne Goodwin as saying that: “The path to the White House and the Senate majority must come through the Sun Belt and certainly must come through North Carolina”. A component of this strategy would be the fact that demographic trends are more favorable in the Sun Belt than elsewhere. The Sun Belt has accounted for 75% of U.S. population growth over the past decade, and some commentators believe that focusing on it as a region could potentially offset Republican gains in the Midwest in recent years.

Various articles have articulated the notion that Sun Belt states, particularly in the Southwest region, are particularly prime pickup opportunities for Democrats because of the recent surge in Coronavirus cases in these states. They suspect that a backslash could occur against their Republican governors and Trump for re-opening their states too hastily.

In 2018, Sun Belt victories in the midterms helped give credence to the hypothesis of a movement among voters towards the Democrats. In fact, Republican gains in the suburbs of states in the Sun Belt (including in Atlanta, Dallas, Houston, and Phoenix) surpassed those in the Midwest, alluding to the possibility of the Sun Belt as potentially a principal battleground region. In addition, on aggregate, Biden's outperformance of 9.5 points in the Sun Belt compared to 2016 is more than his 8.1-point improvement in other states. Polling data also attests to the notion that in the Senate, Sun Belt swing states are ideal targets for pickups of incumbent Republican seats.

Perhaps the most surprising states which the Plural Vote presidential forecast model predicts will be won by Biden are Georgia (4.6 points) and Texas (by 0.2 points). According to our statistical model, Biden has a 73.7% probability of winning Georgia and a 51.9% probability of winning Texas. As can be clearly seen in our electoral forecast, Biden has led in the last four out of five polls of the presidential race in Georgia. For instance, a newly-released Georgia poll from Public Policy Polling (D) conducted from June 25th to June 26th demonstrates that Biden is 4 points ahead.

At a cursory glance, one may deem it implausible for Democrats to be viable in Georgia, a state that has not voted Democratic for the presidential ticket since 1992. However, one ought not to dismiss out of hand polling data and other indicators that show a race favorable to Democrats in the state.

For one, Georgia has shifted from being 14.3 points more Republican than the nation as a whole in 2004 to only 7.4 points more Republican in 2016. Based on our forecast of Georgia being won by Biden by 4.6 points in 2020, this trend of a diminishing Republican advantage merely continues rather than accelerates — from R+7.4 in 2016 to R+5.6.

The subsequent table demonstrates the Republicans’ diminishing margins in Georgia over time.

In addition, Texas and Arizona also evince a winnowing in Democratic margins. On average, Texas has become 2.72 points more Democratic-leaning each presidential election. Our forecast of Texas going for Biden 0.2 points would only be a 1.53-point more Democratic than 2016, less than the average rate of the trend.

To continue this form of analysis, Arizona’s forecast of voting for Biden by 1.5 points is evidently reasonable as it assumes the state’s partisan lean is less Democratic than in 2000, 2004, and 2016.

Reflecting these trends, in the Georgia Class II Senate race, Jon Ossoff (D) is leading over David A. Perdue (R) by a point, according to our forecast model. As such, Democrat Ossoff has a 56.3% win probability. To what extent this is a presidential coattails or down-ballot effect is hard to discern, but regardless, this would have been a data point difficult to anticipate two decades ago.

Since 1956, Arizona has only voted for a Democrat once in a presidential election (in 1996). However, Biden leads in the state 1.5 points. In addition, in the AZ Senate race, Mark Kelly (D) is leading incumbent Martha McSally (R) by 6.1 points, with a 83.0% win probability.

In North Carolina, Biden holds a 2.1-point advantage. In addition, in its 2020 Senate race, Cal Cunningham (D) leads by 2.6 points over incumbent Thom Tillis (R), and has a 63.5% win probability.

Another Sun Belt state that is trending Democratic according to polling data is Colorado. Its increasingly-Democratic leanings up the ballot are being reflected down-ballot, where we forecast that John Hickenlooper (D) wins against incumbent Cory Gardner (R) by 15.9 points with 98.5% probability.

In addition to polling, our Search Trends model (a model informed by shifts in partisan media consumption) independently corroborates what polling has demonstrated regarding Biden's lead in critical swing states in the Sun Belt region. This model constitutes 1/3rd of our forecasts, with the remaining 2/3rds of the figures being polling averages.

Feel free to follow @plural_vote for regular updates on the current electoral state of the 2020 race. Plural Vote updates daily its presidential and Senate race models.

FORECAST
Is Trump or Biden winning the race for president?
Our model depends on polls to predict vote outcomes. Past polling error informs our modelling of the uncertainty of our predictions. We model the probabilities using the beta, weibull, and logistic distributions. The Electoral College vote and probability is estimated using 10,000 Monte Carlo simulations. With 218 days left, our poll-based statistical model forecasts that Biden has a 68% probability of winning the Electoral College on election day.
CONTINUE READING»
2

FORECAST
Will Democrats or Republicans win control of the Senate?
Our model depends on polls to predict vote outcomes. Past polling error informs our modelling of the uncertainty of our predictions. We model the probabilities using the beta, weibull, and logistic distributions. The Electoral College vote and probability is estimated using 10,000 Monte Carlo simulations. With 218 days left, our poll-based statistical model forecasts that Biden has a 68% probability of winning the Electoral College on election day.
CONTINUE READING»
3

2020 ELECTION
Biden is outperforming 2016 in the Sun Belt by 9.6 points as he takes the lead in Texas and Georgia
Compared to 2012, the trend towards the Democrats in the Sun Belt is even more staggering — 10.6 points more for Vice President Biden than President Obama.
CONTINUE READING»
4 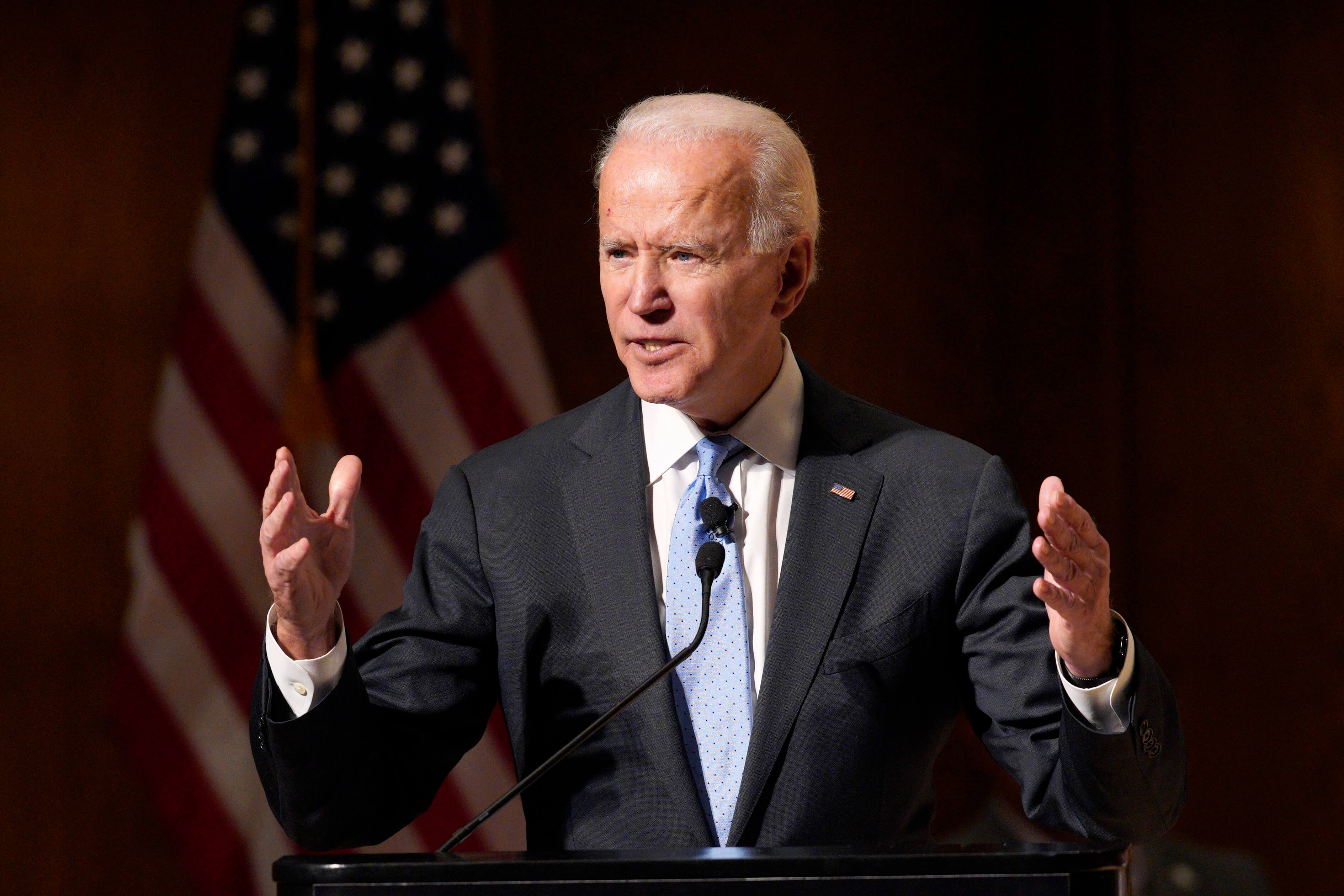 2020 ELECTION
New data show Biden making massive inroads with Trump's base, threatening Trump's re-election chance
In the general election, Biden is improving in states with non-college whites to a statistically-significant degree. This demographic shifted to Trump in 2016; a reversal bodes well for Biden. Additionally, Biden has been polling 8.4 points better in the Midwest than Clinton in 2016.
CONTINUE READING»
5 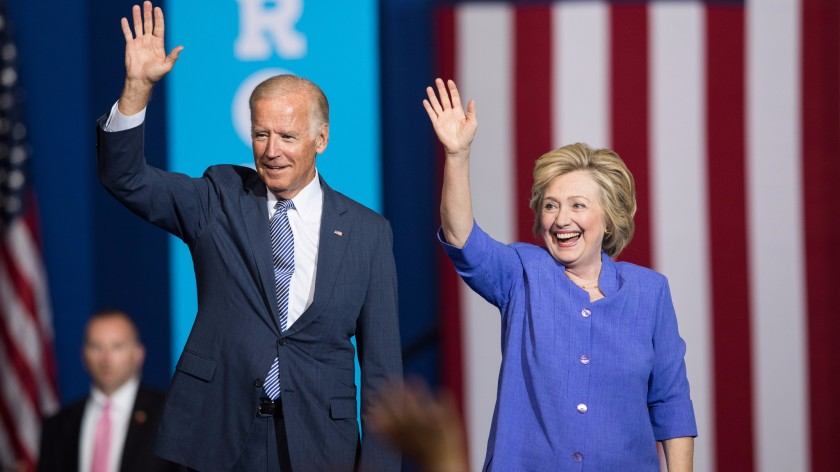 2016 ELECTION
Polls suggest that Biden is picking up some voters that opposed Clinton because of sexism
Biden is gaining more voters in states where women occupy fewer management positions, a proxy metric for sexism. Polls show Biden improving more on Clinton’s 2016 performance in states where women perform worse than men on various metrics of equality. If these metrics are viewed as proxies for sexism, this is broadly consistent with social science research indicating that hostile sexism played a role in Clinton’s loss in 2016.
CONTINUE READING»
More articles
FORECASTS
Tweets by plural_vote